The game Batman: Arkham City is a fantastic game with a dark, engaging storyline.  You play as the Dark Knight in all his glory, progressively upgrader your gadgets and fighting your way through thugs and enemies.  It’s an open world game with a huge area to explore, and its graphics are impressive, to say the least.  Batman Arkham City is a great game, and it most certainly makes 6th on my list.  It would be higher, but it simply can’t match the potential of the rest of my games. Assassins Creed is a very popular, open world game following the storyline of a group called the Assassins.  It’s an intricate open world game with immersive missions and realistic graphics that almost defy possibility.   While it’s a violent game, it’s filled with historical information and stunning overlooks that truly strike the greatness of the game home.  It’s absolutely fantastic, but unlike the top 4 games, it just seems to lack something that truly makes a game a pioneer in gaming.

Coming in 4th is the only FPS on my list.  HALO is a huge franchise with a massive fan base, and is constantly viewed in competition with the Call of Duty franchise.  I tend to side with HALO, due to my preference of sci-fi to so called “realism” that Call of Duty apparently has, although I don’t agree that it does.  HALO is often credited as “the greatest storyline of games to date”, and has extremely fun gameplay, as well as fascinating history and cultures contained within a game.  HALO is one of the few shooters to blend both the fast paced combat of today’s FPS’s, and an incredible storyline.  Halo is a game that I absolutely LOVE, and would be in first on a list of FPS’s for sure.  It just can’t match up to my top 3 games though, and you’ll soon see why.

Oh, Mass Effect.  I’ve followed the story of John Shepard ever since Mass Effect, and I have to say, it’s been a fun ride.  The story of Mass Effect, combined with the hundreds of locations to explore and secrets to discover, put this game in 3rd place easily, and combined with the rest of the game, it’s surprising that anything comes even close to matching it, and amazing that things beat it on my list.  Mass Effect is a trilogy of games that has realistic characters and a storyline that is truly immersive.  From Tali’ Zorah vas Normandy to Garrus Vakarian to Thane Krios, every character in the game is unique.  Mass Effect is an open world third person shooter with an entire universe contained within the game.  Mass Effect is truly the greatest game of its kind, and has it’s happy moments, and ones that will stun you into silence.  Mass Effect is an amazing game, and one that I will certainly replay over and over again.  The top two games on my list got the stop through sheer greatness only, and believe me when I say that the fact that they are rated above Mass Effect is not a decision that I made lightly. 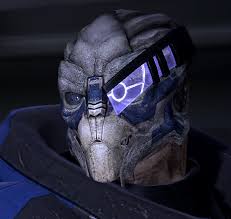 I’m assuming that you’ve heard of Skyrim, or else you’ve been living under a rock.  This amazing game is tied with my number one game, although it is listed as number 2.  I couldn’t decide between the two games, and the reasons why are clear.  The 2011 Game of the Year, the Elder Scrolls V: Skyrim is the fifth installation in the epic chronicle that is the Elder Scrolls.  It’s a huge open world game, with over 200 hours of gameplay, and DLC that adds twenty more hours.  Skyrim is a fantasy game with stunning locations, jaw dropping graphics, grotesque monsters, and, of course, a long, well written storyline.  Skyrim is basically the greatest game ever released, and even now, almost a year after it’s release, I still find things that I never even knew existed.  Skyrim is a game that will leave you in shock when you’re done playing, and if you don’t own it already, then buy it.  Now.  It’s a truly fantastic game, and could only be beaten by a single game.  A game that has more options than Skyrim…

Yeah, Minecraft is my number one game.  How could it not be?  Minecraft is a truly great game, with an infinite number of options.  Want to build a house?  You can do it.  Want to live your dreams of being a cruel dictator?  Start building your empire.  Want to build a huge space ship, complete with a fully stocked armory and huge, powerful weapons?  What are you waiting for?  Go ahead!  Minecraft is, quite literally, a game where the only limits are your imagination.  People think it’s just about placing blocks, but it’s so much more than that.  It’s a game with no rules, where you fight for your survival using what you can get.  Minecraft is, by all accounts, a wonderful game.  Whether you’re playing with friends, building your mansion, or just going on a killing spree, you are doing something that no other game can truly offer.  Minecraft is a fantastic game, and absolutely deserves it’s space on my top 5 list. 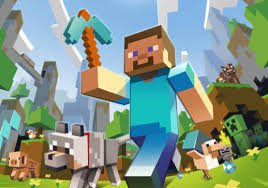