I am, as you’ll see, an unusual person when it comes to music.  I prefer classic rock from the 60’s and 70’s to the music of today, but this is one song that everybody hates, no matter what kind of music they like.  It’s so horrible that it got more dislikes than likes on YouTube… and it was the number one most viewed YouTube video for a while.

I hate modern music, I’ll be honest.  This is just one of the many songs that make me want to vomit.  It makes me wish for the days of Queen, of David Bowie, of the Rolling Stones.  Days when music was actually GOOD.

This song…I still believe that it was written expressly to punish the world for all that mankind has done to the earth. It’s annoying, vain, and overall a terrible creation by humans.  It makes me sick. 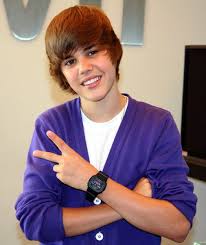 #2: That’s What Makes you Beautiful by One Direction

This song is just awful.  I dislike it for the same reasons as the rest of the music on this list.  It’s too “poppy”, too annoying, and too stupid.  But the main reason I hate modern music is that every song sounds EXACTLY THE SAME.  Maybe it’s just me, but songs ought to always be unique.  Modern music all sounds similar, and I’m sick of it.

Dubstep.  A category of its own.  Music?  No, this is ear torture.  To be classified as music, there ought to be a beat or rhythm, and, most importantly, a tune.  Dubstep is basically a bunch of sounds mashed together to form the worst thing ever conceived in the mind of the world.  It’s the number one on my list for the simple reason that nothing else can match its ability to make me wish I could just stab my ears out in under 5 seconds.

Want to see my Top 5 songs list?  Come check it out, and thanks for reading!

5 thoughts on “Worst 5 Songs Ever”